Can Venture Capital be Lean?

The Lean Startup creed is now deeply intertwined in every conversation about building innovative and scalable businesses. Lean is not the only way to build innovation, but the concept has somehow become an obligatory topic when those businesses are built and refined.

It’s been years since I tried to tilt this discussion towards Venture Capital – mainly, how we should (if ever) consider a lean approach to the VC business. When I first compiled my initial thoughts and drafted this post back in 2012, I sent it to 5 VC friends I respect. One replied with “this is a wasp nest you don’t mess with”, and the other sent some feedback: “The overall ideas are nice and you should try this – but don’t count on me…” Thanks for boosting the morale, buddy.

After a long pause with this whole thing dwelling in my head, here’s that draft my VC friends couldn’t care less about.

This is a factual and brief description of how most VC funds work:

If Lean is about reducing waste, that means solving inefficiencies, constantly measuring performance, reassessing the operation and optimizing internal processes. So here’s an experiment for you. Pick any VC you’re close with, and analyze how they perform those 8 macro steps. You will find waste in most of them, and here are some examples:

So here I am, stating my case: the average VC fund is a pile of waste. And though VCs criticize entrepreneurs wasting time and money, the VC fund itself doesn’t minimize waste on its own operation.

On both cases, it’s other people’s money to spend. But if you wear angel investor shoes (I do), you start thinking about how you’d use that money in a smarter way (and the most fiduciary way of all): as if it was your own.

I’ll spare you a long explanation on the Lean principles, because Wikipedia is there for your amusement. In respect to Lean and venture capital, there’s a couple of examples worth mentioning.

Dave Mcclure may be somewhat explicit or uncomfortable at times, but he has approached this before:

What we’re doing is a quantitative experiment at scale to do quick cycle-time product development, and then increase capital for things that are working. (…) We can do lots of fast experiments that are cheap, they may fail at high rates, but we’ll be able to determine success quickly. (…) This is sort of putting Internet entrepreneurship into the Henry Ford era: assembly-line startup kind of efficiency. We’re able to do this at a very, very large scale.

Even so, I believe there’s more to that than “lots of little bets, doubling-down on a few” and the product / market / revenue investment thesis. In fact, Dave does run a noisy itinerant party and did create a good heuristic to reducing waste – but minimizing waste on venture capital is an important discussion.

AngelList, founded by Naval Ravikant, is my second example. Naval and his team implemented and distributed a beautiful business model for venture capital. AngelList can be seen as a much leaner VC than 500startups: they operate venture capital as a platform, so that both small and big VCs can rely on them to enjoy a less bumpy ride, worry less about handling picking a portfolio and more about important things such as the differentiation of their investment strategies.

AngelList’s tools and processes dramatically boost the dynamics of the VC market, easing the money flow for entrepreneurs and investors of various sizes. That’s an incredible achievement, and the world is a better place because of them… But not all investors can or will use the software approach, and may still want to do something about the VC waste. 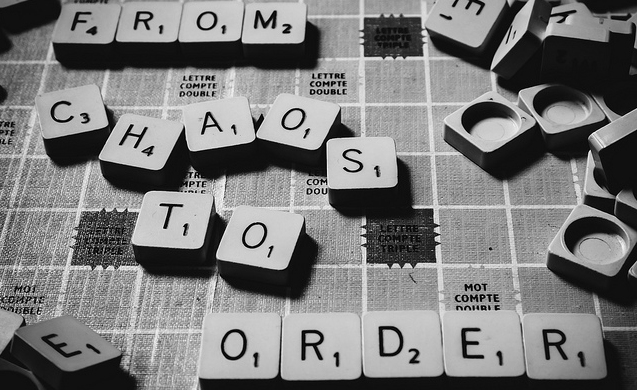 Bringing those two examples to light (and believe me or not, there are not many other real-world examples) is my way of convincing you that there’s more to Lean VC than has been historically discussed.

My proposition is that Lean Venture Capital should be defined as a systematic and pragmatic approach to minimize waste on the key processes that really impact the investor life. Here’s a quick list:

If those processes are addressed in careful detail, one can model a different way of operating an investment portfolio – be it a fund, corporate, or personal one – and maintain one’s personality without having to mimic 500startups or AngelList. I’m not talking incremental changes such as cutting costs or reducing management fees (a lot of funds already do that to become less fat, but not lean). I mean sistematically trying to scale up a venture capital operation.

If you like what you read, don’t miss the next post: how to better treat dealflow and give proper feedback to entrepreneurs.